Back to Presbytery Minutes | Original

After Recess the Presbytery came together for business and Resolved that we now go into an election by ballot for a President of Davidson College and also for a Professor of Languages of said College.
Revd. John M. M. Caldwell & John M. Wilson were appointed a committee to receive & count the votes and report to Presbytery the result of the election for President and Revd. A. Y. Lockridge and Wm A. Hall for Professor of Languages
The Committee appointed to count the votes for President reported that Revd. Wm McPheeters D. D. received 22 votes and the Revd Saml B. Wilson D. D. received 12 votes
The Committee appointed to count the votes for Prof of Languages reported that 32 votes were given for the Revd Alexander Wilson D. D. and no vote given for any other person

Back to Presbytery Minutes | Transcript 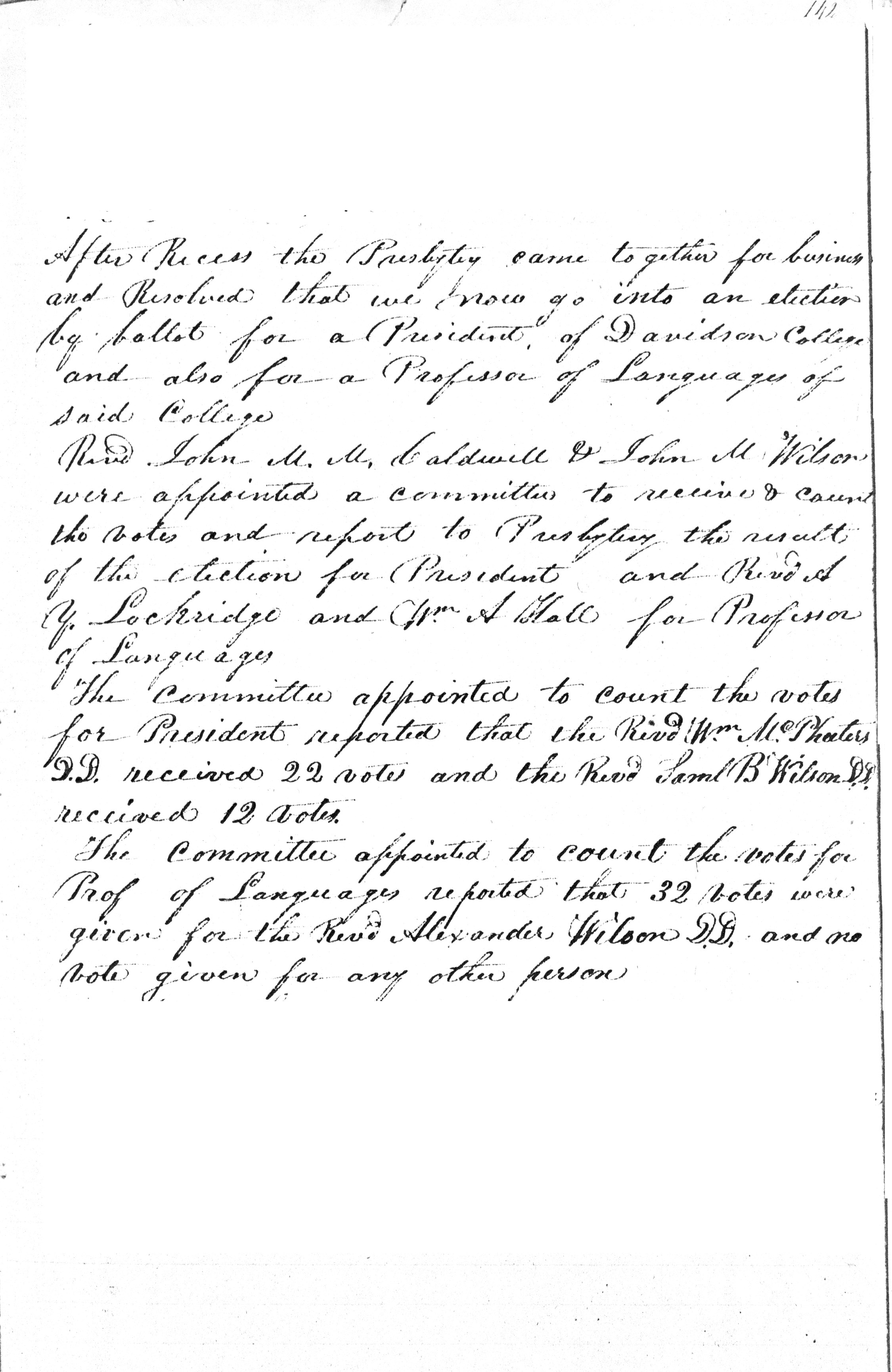