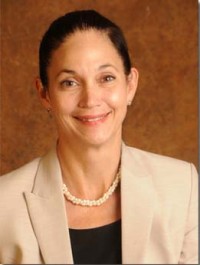 Carol Quillen began her tenure as Davidson’s 18th president on August 1, 2011, and was officially inaugurated on October 18, 2011. Quillen has the distinction of being the first female president of Davidson College, and is the first president since 1958 who is not a Davidson alumnus.

Quillen grew up in New Castle, Delaware, a small town where she says “it was second nature to support the community and look out for other people.” Though a Presbyterian, she attended Quaker schools from pre-kindergarten through high school. She earned a B.A. degree in American history from the University of Chicago, graduating Phi Beta Kappa with special and general honors, then received a Ph.D. degree in European history from Princeton. Before coming to Davidson, Quillen had a long and distinguished career at Rice University in Houston, Texas. She joined the faculty as an assistant professor of history in 1990, and she earned promotion to associate professor in 1996. From 2004 to 2008, she served as the first director of Rice’s Boniuk Center for the Study and Advancement of Religious Tolerance, leading development of the center’s new mission and shaping an agenda that helped distinguish the center from other organizations. From 2006 to 2010, Quillen served as Rice’s vice provost for academic affairs, focusing particularly on developing initiatives that cross academic schools, faculty diversity and faculty development, and resource development. In her most recent role at Rice, Quillen served as vice president for international and interdisciplinary initiatives and was responsible for developing and implementing Rice’s overall global strategy, which includes research partnerships, recruiting strategies, curricular revision and international opportunities for students.