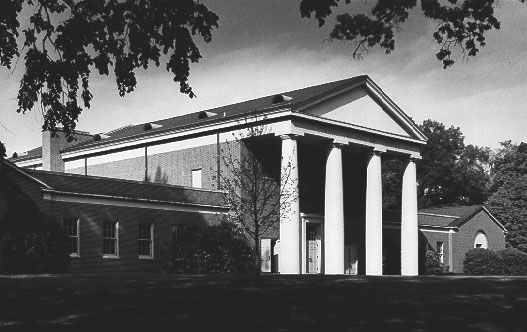 Quote: The center is truly unique and the most complete facility of
its kind among liberal arts colleges for men in the southeast and perhaps in
the nation. We are convinced that this fine arts center will mean much in the
development of art, music, and drama not only in Davidson but in the entire
area. “Cunningham Dedicates Fine Arts Center Thursday.” Davidsonian.
10 October 1961: 1.