Dr. Thomas Fetzer Clark a native of Elizabethtown, North Carolina, graduated from Davidson College in 1949 with a degree in English. He continued his education receiving a Bachelor’s in Divinity from Union Theological Seminary and a Ph.D. in Theology from University of Aberdeen in Scotland. He also trained in sculpture at Roberts School of Art in Aberdeen, the Museum School of Art in Boston Massachusetts, and at City and Guilds of London School of Art. Before becoming a professor at Davidson College, he served briefly as a missionary in the Appalachian Mountains. Religion played an important role in what he taught and the gnomes which he eventually sculpted to cast a magic spell over the country’s collectibles market. Dr. Clark’s father went to Davidson, as did other family members. As a matter of fact he was awarded the Distinguished Alumni Award at Davidson College in 1989, exactly forty years after his father had received his. 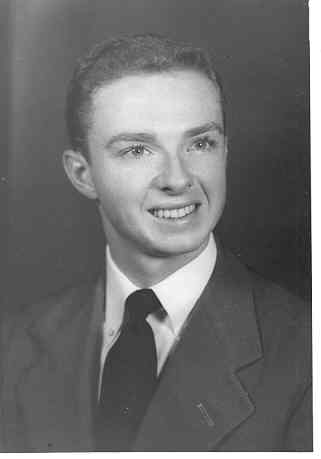 “I used to sit sketching in my notebook in classes while other people were writing what I should have been writing,” recalls Dr. Tom Clark who had to go to night school to learn art as Davidson College back then did not have a Fine Arts Department. “My friends all know that I am an indefatigable artist. I can’t sit still without sketching. I can’t take a walk without pruning the trail, and I can’t enter a home without commenting on the decorations.” Dr. Clark became a member of the faculty in 1958 and taught “Religious Art” at Davidson College for twenty six years. He was nicknamed T-Bird Tommy for the Ford Thunderbird he drove. Dr. Clark’s intelligence, sense of humor and ability to talk about deep things in a light, humorous way made his Religion and Art class one of the most popular classes. In fact, there was a heavy student demand for the classes. “I was in Dr. Clark’s class Christianity & Art, he made the class very interesting as he had a dry sense of humor…I loved the class so much that I never wanted to miss one” Kathy Bray-Merrell Class of ’85 Associate Dean of Students.

During the Winter Session in his teaching years at Davidson, Dr. Clark would set up sculpting activities where he would teach students how to sculpt a bust. They would sculpt the heads of different faculty on campus. “We had so much fun sculpting our professor’s heads,” I was told students used to say.

“When Professor Tom Clark ’49 began sculpturing more than 40 years ago, he dug clay from the creek in the middle of Patterson Fraternity Court on the north side of Davidson’s campus. In 1958 Clark had just come to Davidson as an assistant professor of religion. Clark, who eventually became an associate professor, doesn’t have time to dig his own clay anymore because his sculpture has led him from what was ‘Nothing but a hobby’ to what is now ‘a big business,’ he said.” -Connie McLean ’80

Dr. Clark left Davidson College in 1985 to devote his time to the Gnome business with Cairn Studio.

“I am a creative person, and sometimes creative people like me don’t fit in well in structured organizations like college. For me, it is very satisfying to have people come into my Davidson shop or into a dealer’s and pick out a statue because they like it. They’re not just coming to see me because they’ve run out of the permitted class absences for the quarter,” Dr. Clark points out with a wry smile.

What really inspired him to sculpture gnomes were drawings in the 1976 bestselling book Gnomes by Wil Huygen and Rien Poortvliet. He happened to come across the Dutch book during the summer of 1978 where he was a storyteller for a boy’s camp.

Dr. Clark helped spread the name of Davidson College with his line of figurines sold in Japan, Great Britain, Europe, and over 5000 stores in the States. 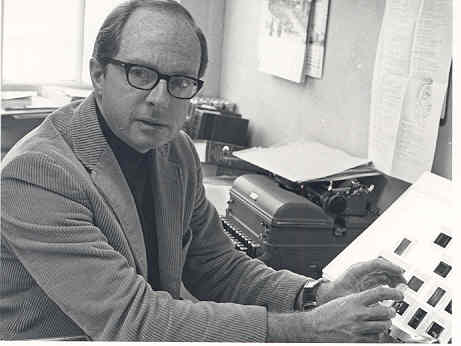 In addition to that he organized ‘gnome’ exhibitions at the Davidson College E.H. Little Library which inspired locals greatly. The gnomes in the 1989 exhibition were D.G., The Conductor, Ney, Chalmers, and D.C., all wonderful examples of how Dr. Clark uses real characters as the basis for the imaginary gnome personalities.

In 1980 Dr. Tom Clark honored his friend and fellow alumnus, Dr. Chalmers G. Davidson, former professor, library director and college archivist with the book-loving Gnome who is pictured as a historian speaking to a crowd.

In 1980 Dr. Clark wrote to Dr. Davidson: “Dear Dr. Davidson – I can’t tell you how many times people say to me ‘Is your Chalmers named for the real Chalmers?!’ I’m always pleased and proud to say yes. Tommy–”

“He is a sculptor who touched people’s lives. When I was his secretary I truly learned what a gracious, wonderful and kind man he was…he is a firm believer in going to work everyday and not waiting for some inspiration or special feeling that the typical artist claims to wait for before working…as the latter attitude won’t get you anywhere…One day a couple came in the store here at Davidson whose house was devastated by the hurricane Hugo in 1992 [sic] and told us how everything in the house was down except for a some walls and the gnomes on the shelves!” Wendy Roberts Secretary of President Vagt.